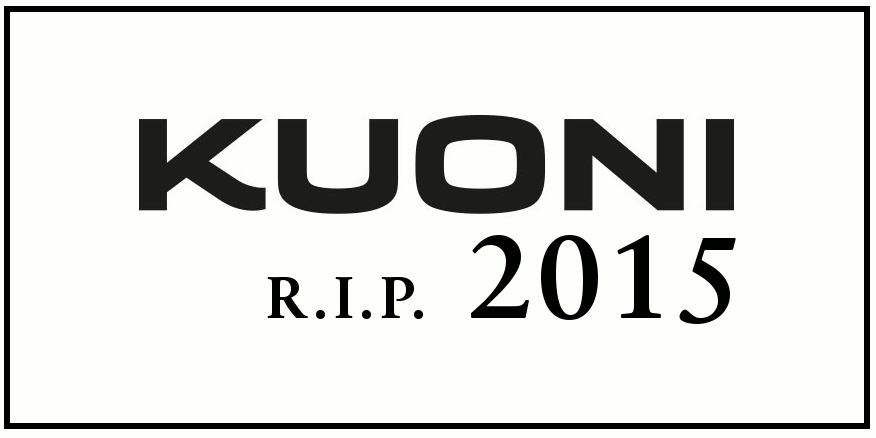 Due to high demand I created a keynote speech based on this story. Read more at the end of this page.

The ultimate confession of failure

On the 5th of November 2015 the Kuoni group announced that it would lay off 350 people and also replace CEO Peter Meier, just one and a half years after his appointment. This happened in the context of making public continuously bad figures, for which Meier is to be blamed far less than his predecessors. Rumours go that the true reason behind his sacking was his widely unpopular decision to sell off all traditional tour operating business at the beginning of 2015.

However, the decision to sell the tour operating business was 100% correct.

It even took a lot of courage to dare the step, because it was the ultimate confession of failure. However, it was the only choice left after 15 years of continuous decline and ongoing failure to recover.

What apparently came as a surprise to many still in awe of Kuoni’s beautiful brand and long history was actually a step long overdue, first suggested in 2005 by then-CEO Armin Meier but not supported by the supervisory board.

Having been on the inside of the business in question, I try to trace the story of Kuoni’s decline since the early 2000s and to pin down the reasons for its ongoing failure to transform. I am writing this with the intention of extracting some useful lessons for other businesses facing similar challenges. It’s not to blame anyone. After all, I was part of the failure to transform, too.

These are the reasons in my view:

Kuoni was founded at the beginning of the last century to organize travel abroad, which at the time was a very adventurous undertaking. This remained the core business until the 1960ies until the rise of air-based mass tourism. At this time, Kuoni was entirely transformed into a mass tour operator, a very successful one for that matter. As such they were intermediating between hotels and airlines on the one hand and travel agents and customers on the other. As middle men between supply and demand Kuoni (and other tour operators) put what they called the “production”; the bulk purchase, re-bundling, putting into brochures and selling of so called “packaged holidays” as well as individual flights and hotels. This was how things worked for over 30 years, and very well so. Unfortunately, this was also providing the backdrop for the organization’s decline.

Around the year 2000 the travel market started to change dramatically: Hotels and destinations went online, online travel agents (OTAs) such as Expedia emerged, TripAdvisor was founded. The impact of these developments on the demand side was huge: All of a sudden it was possible for consumers to compare rates and book flights directly, on their own, while being at home. At the same time price transparency and flexibility increased dramatically and hence margins vanished. Not only was booking flights or hotels online more convenient for users, it was also cheaper. This was simply a superior value proposition compared to the “old” production way, at least for individual flight or hotel bookings and for the very least in a small, travel-savvy and fragmented market such as Switzerland.

Ever since the year 2000 Kuoni’s tour operating revenues were declining (if you turn a blind eye on window-dressing maneuvers such as revenue acquisitions and price dumping).

For many years however the management did not recognize the reasons behind this decline. Year after year they found new explanations: 9/11, terror attacks in Egypt, the market entry of big German competitors, a particularly sunny winter taking away people’s lust for traveling, and so on.

Kuoni failed for years to recognize the underlying change in market dynamics.

The failure to recognize the nature of digital – Or: When Kuoni could have bought booking.com

When they finally recognized the incredible growth rates in online business, which around the mid-2000s became significant business volume in the total market too, they made “going online” a top priority. On supervisory board level, they brought in former easyjet CEO Ray Webster to make up for the lack in digital experience and they hired Armin Meier with a proven track record in technology as CEO. On the lower levels, diverse heads of “e-commerce” or “online” were hired.

A rumour in Kuoni said that around the year 2005, Kuoni was offered to buy a Dutch (online) travel agency that had a rather disruptive business model. This company went to the hotels directly and connected them to their booking system, thereby eliminating the intermediaries and their margin from the value chain. It was booking.com. In the end Priceline made the deal and the rest is history: Priceline buying booking.com for a mere $135 million is now considered the most profitable acquisition in the travel industry, ever. (For comparison: In 2011 Kuoni bought GTA, an intermediary with a much weaker strategic position, for more than 5 times this sum).

Whether or not the rumour is true: It’s plausible. Kuoni would have been a bad parent to booking.com anyway. It would probably have suffocated it.

I learned from a journalist who investigated the above story after reading this post that the story actually unfolded slightly differently:

Time and time again, due to the power of the production-driven 1970ies culture, the organization failed to recognize how the mechanics of successful digital business worked. This failure started at the very top, at the supervisory board and group executive level.

To give an example: Facing the digital change the supervisory board was giving order that “online sales” should increase. The group’s business heads then set “online sales targets” for their managers and so on.

Behind that lied an assumption that was terribly wrong, which was that they just had to keep doing what they did, and just sell it online.

It goes almost without saying that the managers consistently failed to meet those targets. What the top management actually did by setting those targets, was delegating the responsibility for a digital strategy down the ranks. Only it would have been their job to formulate such a strategy. The supervisory and executive board’s online sales targets were a prime illustration of how Kuoni mis-understood digital as a sales channel.

The organization consequently did everything they could to push their old “products” on digital channels. But those products were just not made to be sold online: Neither the systems nor the products themselves delivered on the advantages of the digital channel and the demands of the time.

Furthermore, the digital shift was also facing huge internal resistance as revenues were still very much dependent on offline travel agents as the primary distribution channel. Those agents and the business heads internally saw “online” as a competing sales channel that would cannibalize the main source of income. The management’s “solution” for this dilemma was to set up online as a profit center (measured mainly by sales though), thinking that this way they could better incentivise e-commerce people while not messing with the offline business heads. Unfortunately, this was a governance setup that made it completely impossible for any digital change in the overall business to happen.

Consequently “going digital” was done half-heartedly, at best. Interacting with Kuoni online for most of the 2000s, and I would argue up to this day, was a horrible, horrible experience.

The failure to focus on customer value creation

Seeing revenues steadily decline year on year, it was clear that Kuoni’s capability to deliver value was vanishing. However, internally it was not understood where the roots of the problem were. Numerous things and people were blamed: Rigid IT systems, non cooperative hotel chains, not aggressive enough marketing and sales, and always; the poor online guys who were supposed to “push online sales”.

The actual problem was that the organization as a whole and in particular the managers in charge did not know (or wrongly assume) where they still created value. Hence, everyone was running in different – often opposite – directions, trying numerous activities and projects, all while value creation along with the customer experience got worse and worse.

To give you an example for the lack of focus: When I joined the company in 2008 a huge change program was kicked off to make Kuoni “more customer centric”. It consisted – across the group — of over 100 different projects. The intention was good, but it was not giving direction for the change, only a general idea that employees could not follow easily. Worse, the management was not willing to act upon the customer insights that the market research conducted in the course of the program suggested.

I remember one revealing meeting where the whole top and middle management of the Swiss unit, then still the biggest country organization, was discussing the question of the value proposition: The consensus was that Kuoni’s value proposition consisted of two elements:
1. convenience, because the trips were packaged and
2. security, because someone was there in case something happended.

This evaluation was against better knowledge as market research was unambiguously showing a different picture: If people wanted convenience along with a cheap price (which was entirely driving standard type holiday bookings such as beach), they booked online or – given a price advantage that Kuoni couldn’t offer anymore given it’s under-critical size – at a large mass tour operator.

Security on the other hand was only a very minor argument for a vast majority of the trips (which went to Europe, in particular the Mediterranean). Security was a selling argument only in the context of complex trips to far-away, exotic destinations, where people felt uncomfortable to go on their own (i.e. less than 15% of the total market). In such cases they would come back to an expert travel agent giving them advice and a personal contact. Those trips however had become only marginal business for Kuoni’s mass-tourism beach holiday production machine ever since the 1970ies.

Kuoni had become neither fish nor fowl and was unable to go for one or the other.

The above was very clear for outsiders looking at the situation. E.g. both McKinsey and Roland Berger consultants suggested structural and strategy changes resulting in new “business units” at the top level. Unfortunately, little to nothing actually changed on the lower ranks. The organization was still putting beach holidays, travel components and complex trips alike into holiday brochures. Also, the same people remained in charge and the same systems were annoying customers and employees alike. To change the latter, many, many millions were then drowned in a new corporate-wide (!) booking system that was a failure from the very outset: It was supposed to meld totally different businesses with fundamentally different business requirements into one single IT system.

Those businesses could then have been transformed, put on a new IT infrastructure, and nurtured to grow again. But as Kuoni was unable to cut the lines along the business models, it was simply impossible to transform the complex system of historically grown organizational structures, IT systems and manager’s power.

The decision taken by the last CEO Peter Meier to sell the tour operating activities was a step long overdue. Given the situation and the legacy, sadly there was no other choice left but to give in and recognize that this was an organization that could not be turned around anymore.

If there is a single lesson to take away from the Kuoni story, I would say it’s this:

KEYNOTE-SPEECH ON THE KUONI STORY

Do you see parallels with your own company? Do you want to hear the first-hand account as inspiration for your own business strategy?
Due to the huge interest in this article I created a keynote speech based on the Kuoni story. – Ideal e.g. for strategy retreats or board meetings.
Contact me if you are interested.

After one event, a quantitative survey was conducted giving the speech a rating of 9.3/10.

> Success factors for a digital transformation

One thought on “Why Kuoni failed (the digital transformation)”